From Michigan, with love: The best treats from all over the Mitten State

Welcome to another “From Michigan, With Love” article featuring the best that Michigan has to offer. We have three incredible products for you this month. And remember, From Michigan With Love is now a Pure Michigan company and is broadcast all over the state.

We’ve traveled the main roads and back roads from the U.P. to Traverse City, Mackinac to Holland and Battle Creek, Beulah to the central part of the state, Grand Rapids, the tri-cities area, the thumb, many places in between, and of course Southeast Michigan. Wherever you go in Michigan you’re sure to find something unique, and we hope to highlight as many as we can. If you know of something we should look into and/or taste, let us know. And remember, BUY MICHIGAN! Support our Michigan producers and farmers. If we all simply replaced $40 per month, per household, on Michigan-made items, the strength of our economy would truly blossom.

You can see more of the great things our state has to offer at www.frommichiganwithlove.com or www.facebook/frommichigan. We have frequent contests on our Facebook page where you could win sampler packs from a featured company, plus many videos from our monthly TV appearances. In this installment we will feature great products from Valganics Handcrafted Soap, 2 Dogs Hot Sauce, and Country Smoke House. 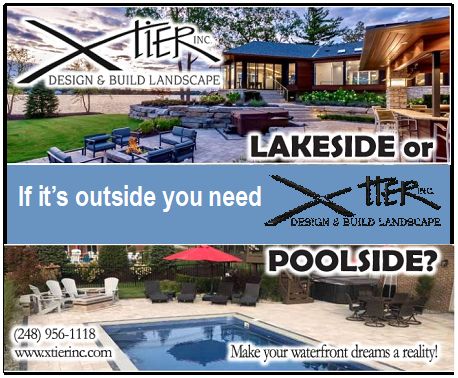 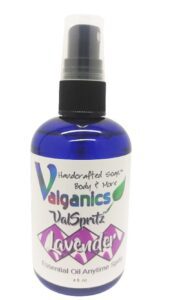 Valganics Handcrafted Soap, Body and More was started by Val Ristovski in January 2012 in Canton. Val’s product line started with vegan soaps, and as time went on she decided to create other products that incorporate organic ingredients such as organic balm, organic body oil, body sprays, and most recently, natural deodorant. All natural ingredients are used in the making of all Valganics’ products, and they are listed on the website. All products contain at least one organic ingredient, and over time have been able to incorporate other organic ingredients to add to the quality of what the company offers. Some examples include organic coconut oil; organic, fair trade cocoa butter; organic fractionated coconut oil; and organic witch hazel. Soaps are scented using both essential oils and phthalate-free premium fragrances in order to offer additional scent options such as black raspberry, and seasonal floral scents such as lilac.

Val’s story is like many other successful Michigan small business stories. It was a series of life events that lead her to this path, which started with a job loss in 2008. After having difficulty finding work she decided to learn something new, which was influenced by her experience with skin problems as a child and a history with melanoma in 2006 as an adult. She set out to learn about and create products that were going to help other people, and voile – that is how Valganics was born. She is self-taught and her soap-making education started with 25 books from the local library. 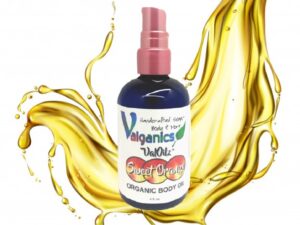 Patchouli, with Sweet Orange and Black Raspberry as close seconds. The best-selling deodorant is Lavender Mint, the most popular body oil/spray is Lavender and The Six, which is a fragrant blend of six essential oils.

Valganic products are sold in a number of independent retail stores in Michigan, as well as the new Meijer-owned market format grocery stores. People may also purchase products online, and many times there are special coupons and incentives. Valganics has a newsletter with interesting information, which helps the company keep in touch with clients and non-clients alike. You can also find Val at many different farmers markets. Shipping is available all over the contiguous United States and is free with a $35 purchase. For more information, visit www.valganics.com. 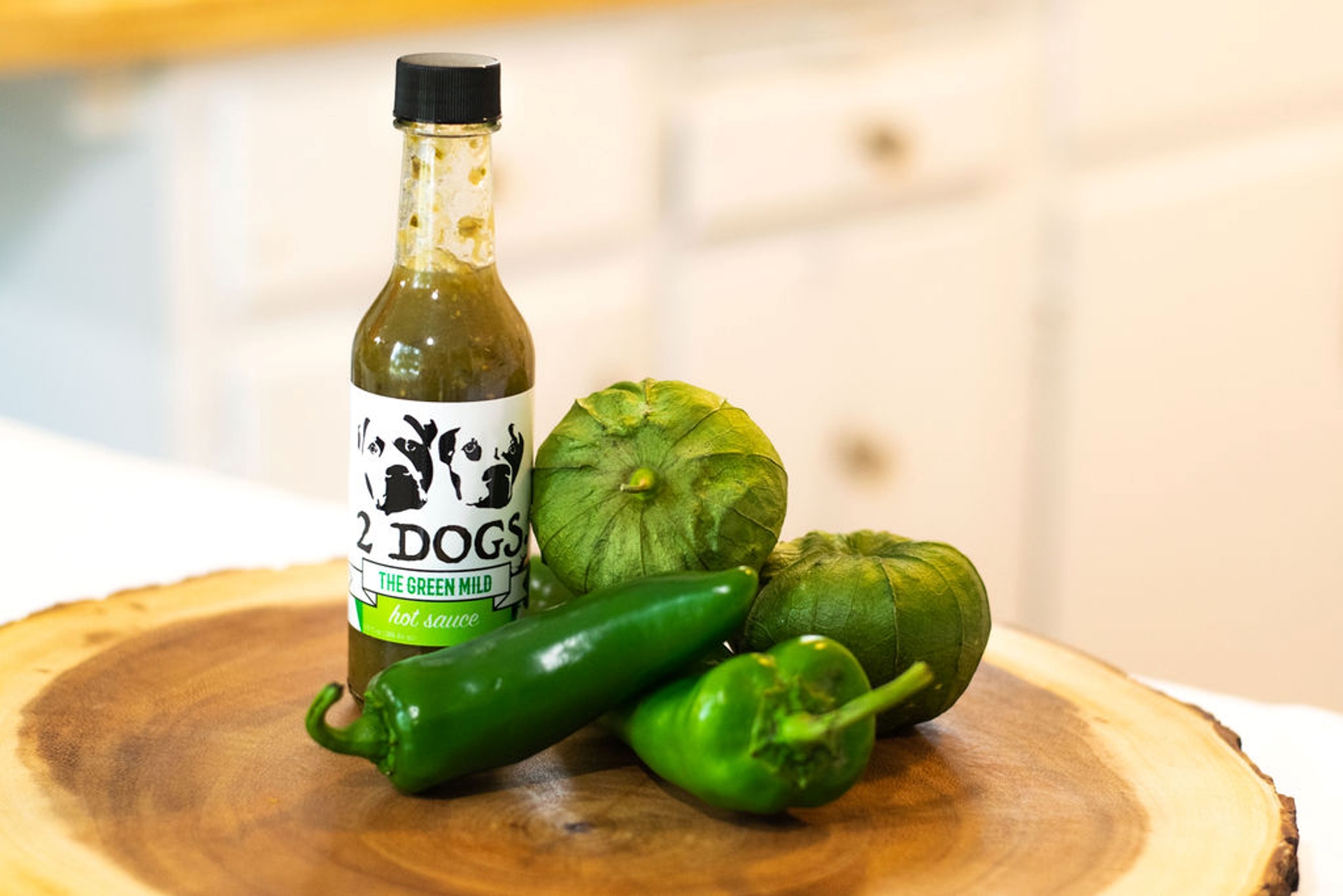 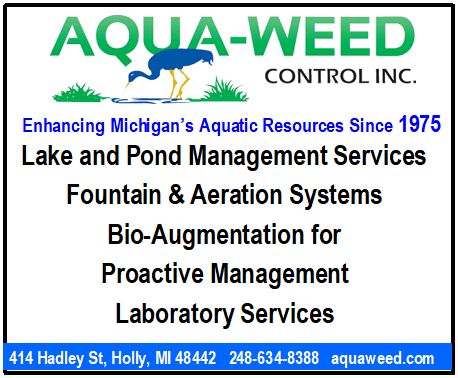 2 Dogs Hot Sauce in Ferndale offers up some of the best hot sauces I’ve ever tried. Brian Jones started making hot sauce in his kitchen because of the naturally occurring capsicum in peppers’ many health benefits. After bottling the sauce, Brian’s friends tasted it, loved it and suggested he start a company and sell it. Brian met business partner Todd Larson through playing music – both are teachers and accomplished musicians. Todd, a graphic designer, was contacted by Brian once 2 Dogs was being planned out. Working with Brian, Todd finalized the logo, label, website design, and became a partner in the business. Brian came up with a number of recipes and conducted formal taste tests to have people vote on their favorites. Black Garlic Habanero and Michigan Cherry Habanero were the two unanimous winners.

2 Dogs uses all premium ingredients to create sauces that have a great heat without sacrificing flavor. Brian says a great sauce goes well with any meat or vegetable, and is also great in soups. That’s the company’s goal – great tasting sauces. The duo’s black garlic sauce is perfect for lamb chops and other meats, but is so versatile that it’s good on pretty much anything. The cherry sauce is an excellent complement for chicken dishes, especially on some wings.

2 Dogs is gluten free, vegan friendly and is bottled in Warren in a 5.5 oz bottle. 2 Dogs Black Garlic Habanero won third place in the World Hot Sauce Awards out of Lafayette, Louisiana under the “hot” category. Since then, 2 Dogs has added two new flavors: The Green Mild (tomatillo, jalapeño, poblano blend), and Give up the Ghost (citrus ghost pepper.) A fifth sauce is scheduled to be released by the end of the year.

Funny story – the name “2 Dogs” comes from Brian’s actual dogs, Walter and Chichi. They were always in the kitchen and served as moral support along the way. Since 2017, 2 Dogs has sold thousands of bottles and has earned many loyal customers. The sauces are available at Plum Market, Westborn Market, Holiday Market, Western Market, Nino Salvaggio, DeVries and Company, Dos Locos Tacos, Hazel Ravines and Downtown, Old Nation Brewing, and many other locations, listed on the website. They can also be shipped in the U.S. For more information, visit www.2dogshotsauce.com. 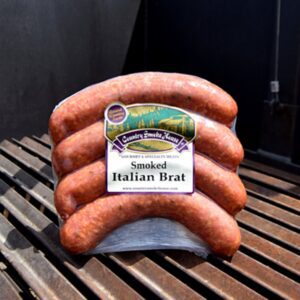 Country Smoke House in Almont was started in 1988 and is owned by Steve and Sue Francis. It all began with processing deer in their garage, and by 1991 what started as a hobby business began to take off. A deer shop was constructed north of Almont on M-53, where the company still resides today. In the new facility, deer processing, along with homemade venison sausage and jerky was offered to customers. Today, Country Smoke House is the largest deer processor in Michigan, attributing it to the popularity of their homemade smoked sausages and jerky.

The processing business continued to grow rapidly. In 2000, an addition was built to include a retail store with employees year-round. The purchase of farm raised wild game meat and making sausage and jerky really propelled the retail store. A gourmet fresh and smoked domestic meats area was added, as was a full-service meat counter and specialty foods and condiments. All products were, and still are, as natural as you can get without having the cost of certified organic.

In 2002 the store began to specialize in signature holiday entrees using a proprietary blend of seasoning for its popular prime rib roast. Their smoked turkey was and still is a delicacy for any holiday. The company also offers baked honey spiral sliced ham and smoked premium bacon. On-site catering was added in 2004, with everything being made in-house.

Today, the kitchen has up to eight chefs working simultaneously on freshly made salads and entrees for catering and in- store 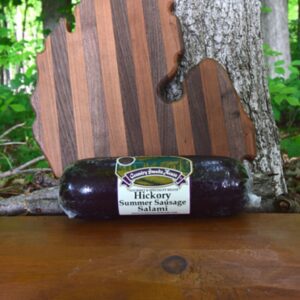 purchase. In 2006, Country Smoke House opened an outdoor BBQ over an open fire pit, and in 2008 a BBQ cabin was constructed – now known as the “Best BBQ in the North.” It is the place to go for an extraordinary, scrumptious lunch or dinner with outdoor seating. The company’s specialty is southern BBQ meats, including pulled pork, beef brisket, tender baby back ribs, turkey drumsticks, and more. In 2017, a full bar with 16 craft beers on tap, 16 signature handcrafted cocktails and a variety of wines was added.

Country Smoke House has a unique “Build Your Own Gift Box” where customers can visit the store and put together a beautifully designed gift box for themselves, friends or relatives. Tourists from around the world stop by their site with the giant 20-foot-tall steer, smoking BBQ cabin and rustic log cabin store. For more information visit www.countrysmokehouse.com.

Franklin Dohanyos is a 31-year PR professional and writer in Oakland County. He and his family have traveled extensively throughout Michigan and loves visiting his favorite place – Copper Harbor! If there’s a sweet treat, goodie, or a good burger to be found, he’ll find it! Franklin is also a musician, actor, and public speaker.

This site uses Akismet to reduce spam. Learn how your comment data is processed. 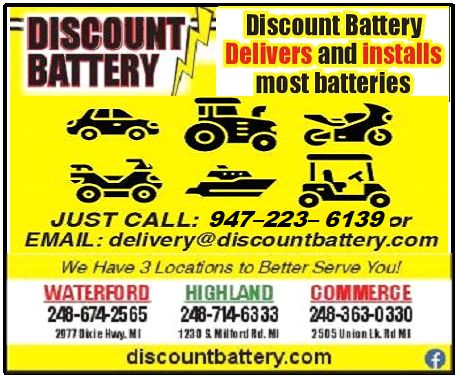 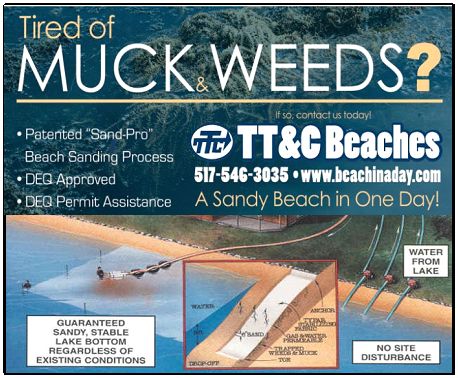 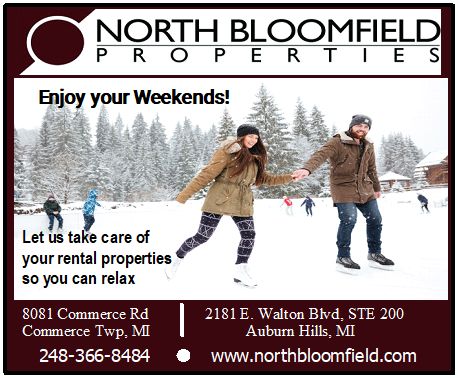 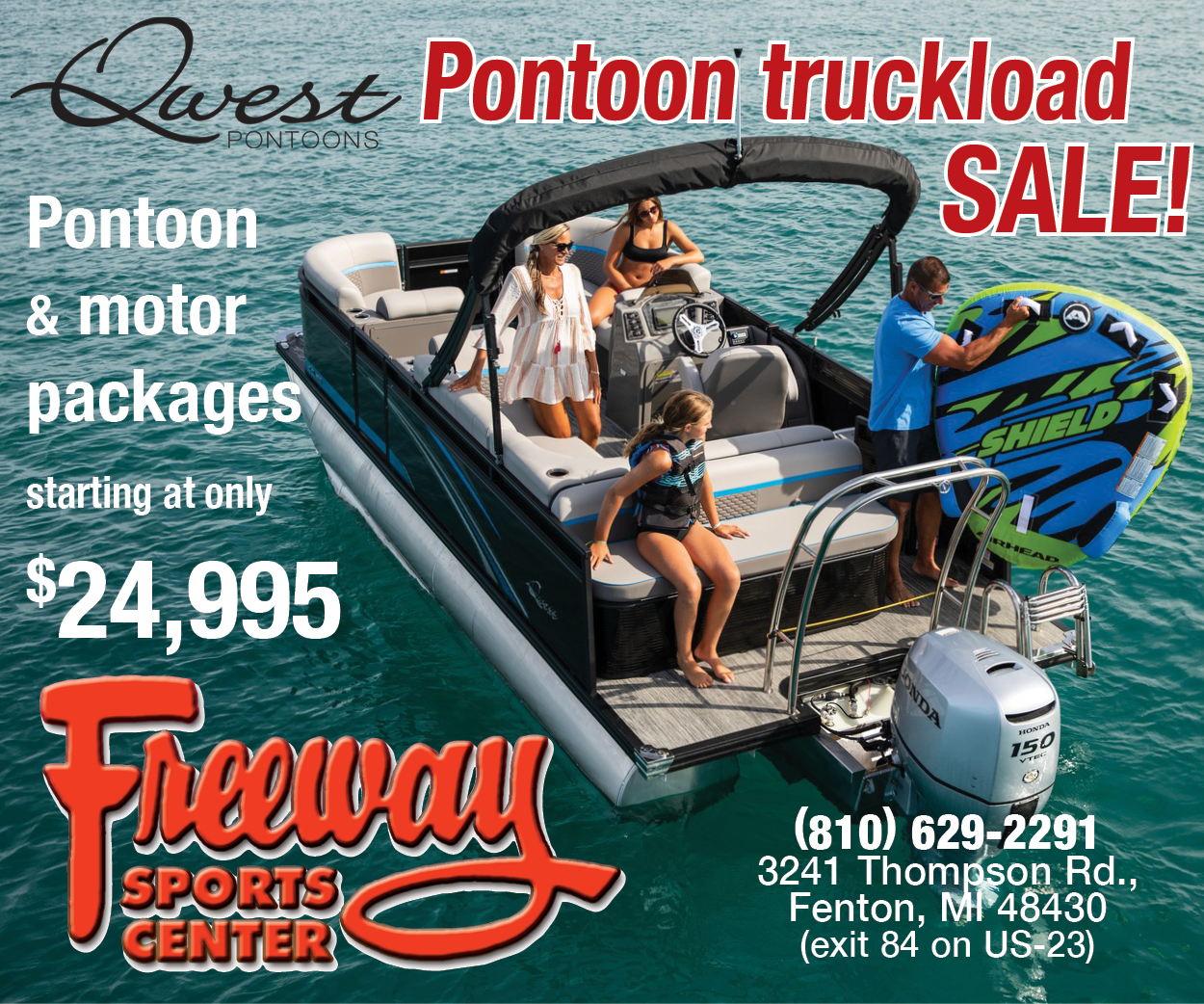 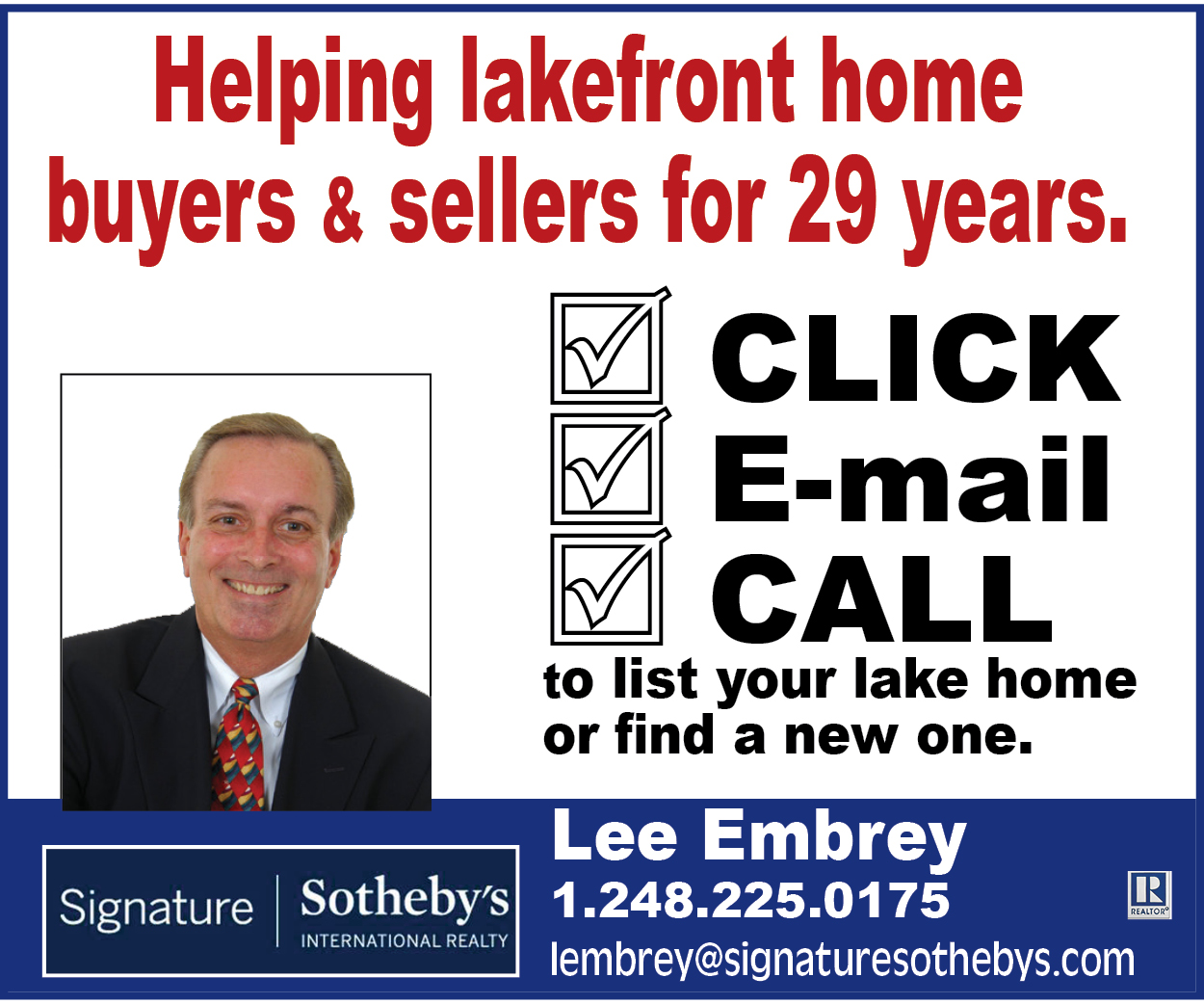 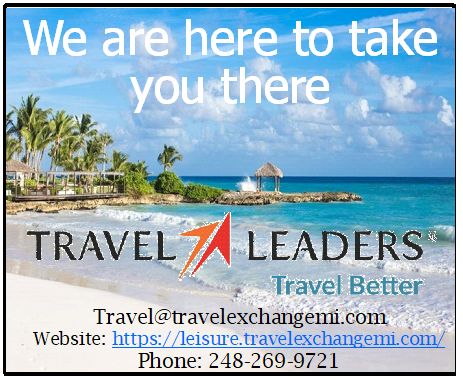 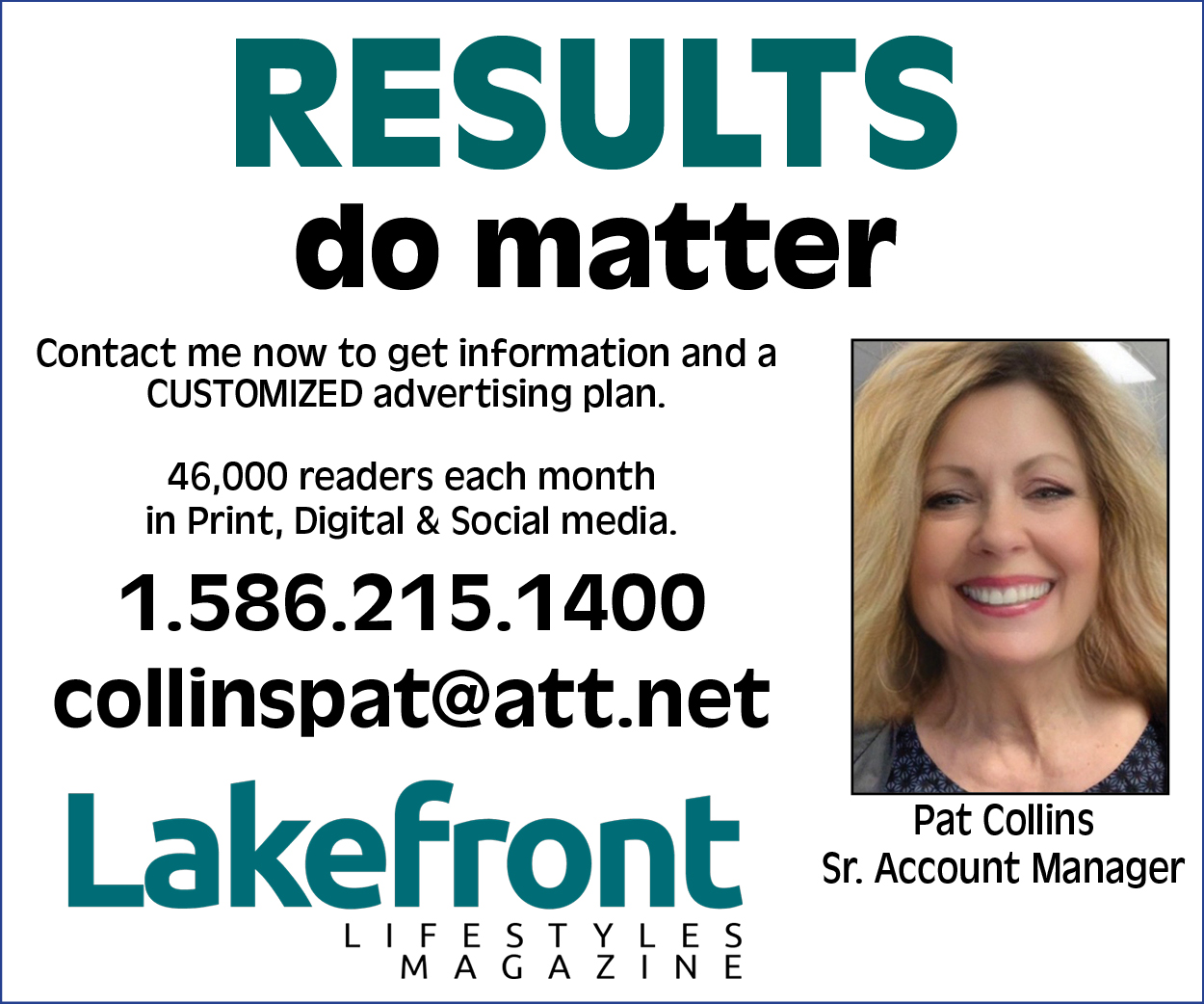 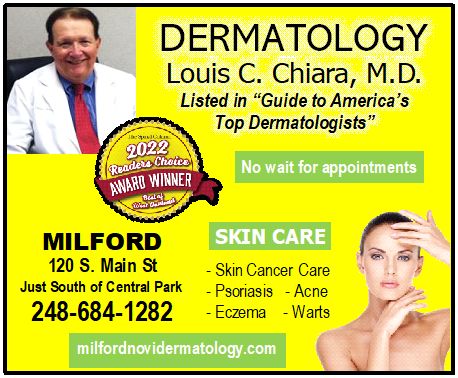 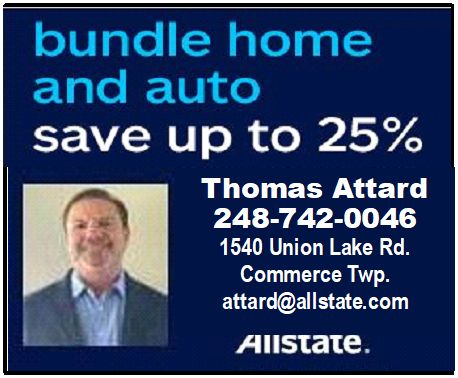